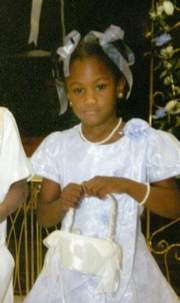 Dymia was just eight years old when her life on this earth ended on June 30, 2008.

In August 2009 in Greenville it was determined that the killer would be charged as an adult. The reasoning, the crime was far more adult than that of a 14-year-old, and the likelihood of the perpetrator being rehabilitated in the five years before being released as a juvenile was highly unlikely.  “It was an adult act,” a first cousin of Dhmya told The Greenville News. “It deserves adult punishment.” The family was reported to be relieved that the case would move to adult court. The killer later pleaded guilty to voluntary manslaughter and criminal sexual conduct with a minor and was sentenced to 25 years in prison.

The eight year old girl looking at you with those beautiful, trusting eyes is no longer on this earth. Her parents, family, and other loved ones have to live everyday with the reality that she is no longer here, because of the actions of another person. The justice system cannot offer her life back, it cannot ease that pain, it can only offer them the comfort of knowing that the individual responsible for the kidnapping, rape, and brutal murder of an eight-year-old girl will spend his time in prison and not have the opportunity to bring that kind of pain to any other families. 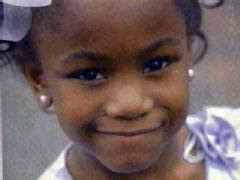