Johnson and Golden used weapons stolen from Golden’s grandfather’s house to massacre five people at Westside Middle School near Jonesboro. The victims, four of whom were between 11 and 13, were lured out of the building into the courtyard when Golden triggered a fire alarm. As teachers and students exited the building, Johnson and Golden opened fire, injuring 10 and murdering an English teacher and four students.

Because Johnson and Golden were tried as juveniles, they were released at age 21, though Johnson was later sent to prison for crimes committed in adulthood, including theft, financial identity fraud, and weapons offenses. Johnson was released from prison in 2015 while Goldman died in 2019.

Age at time of murder: 17 and nine months old

Sentence: Life without parole (LWOP) plus 30 years later reduced to life with parole after 30 years

Kitchell and Waggoner made the choice to rob a grocery store and kill everyone inside. Kitchell murdered 12-year-old Robin while Waggoner shot and attempted to murder Robin’s mother Hazel, who worked at the store. Kitchell pleaded guilty and was sentenced to LWOP, though he got another re-sentencing hearing after a SCOTUS decision banning mandatory LWOP for juveniles. He was again sentenced to LWOP and appealed. The Arkansas Supreme Court has ruled that the killer must have a third sentencing hearing due to errors at the second hearing.

Crimes: Kidnapping, rape of a child, and murder of a child

Murder method: Bashing in her head and suffocating her

Weapon: 40-pound rock (for bashing in her head)

Sentence: Life without parole (LWOP) but set to be re-sentenced
Incarceration status: Incarcerated in jail awaiting a resentencing hearing

Segerstrom kidnapped, raped, and murdered four-year-old Barbara Thompson. The crime was extremely violent and brutal. Segerstrom first lured the little girl into the woods by telling her that they would catch butterflies. He then raped her violently–he rammed a stick into little Barbara’s vaginal cavity with so much force that it protruded into her abdominal cavity. He also suffocated her and beat her with a 40 pound rock. The beating was so severe that her skull was partially flattened with brain matter protruding.

Partner in crime: Derrick Shields and one other

Murder method: Shot to the face

Jackson was 14 when he was an accomplice in a robbery of a video store in which Laurie Troup was murdered. Jackson stayed outside while two other offenders entered the store and attempted to rob Laurie at gunpoint. Jackson then entered the store where Laurie was being attacked. When Laurie threatened to call police, Shields shot her in the face and murdered her. Jackson’s appeal was the subject of the Jackson v Hobbs case before the US Supreme Court. One of the issues at trial was what Jackson meant when he told the victim that they were not playing around in this robbery. Jackson was re-sentenced and released and is now an activist and speaker.

Murder method: Beating with a metal pipe & running over with a car

Elliot murdered Brittni, whom he had impregnated, by beating her with a pipe and running over her with a car. Davis helped plan and prepare for the murder. The murder was intended to eliminate the problems surrounding Brittni’s pregnancy. Elliot was sentenced to LWOP and is still in prison today while Davis was also sentenced to LWOP but later had his sentence reduced. Lewis was sentenced to 28 and a half years in prison for murdering Sally McKay and Joseph Baker, a prominent Memphis blues guitarist. He was paroled after 23 years in 2018. He went onto murder Sally’s daughter Martha McKay in 2020. All three murders were committed at the historic Snowden family home. Lewis drowned after murdering Martha as he attempted to flee police.

Martha had befriended Lewis after he went to prison and supported his early release. When Lewis was released, Martha gave him a job doing work at the Snowden home. She later fired him after he allegedly stole from the home. Lewis is example # 14 on our page on Dangerous Early Release in the section on juvenile criminals. 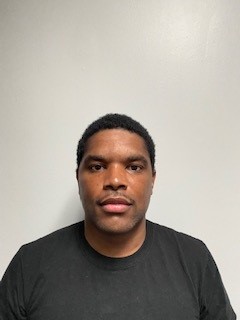