From the Ohio coordinator. 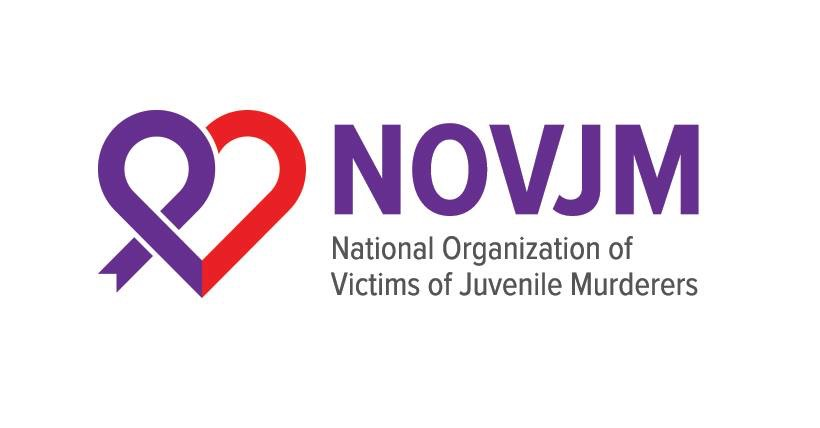 Chairman Eklund, Vice-Chair Manning, Ranking Member Thomas and Members of the Senate Judiciary Committee, thank you for the opportunity to provide written opponent testimony today on Senate Bill 256.
I am the Ohio coordinator for the National Organization of Victims of Juvenile Murderers (NOVJM). We represent the families of around 370 victims around the entire country. NOVJM opposes SB 256, which would end juvenile life without parole (JLWOP), because it would put society in danger and traumatize victims. We understand that the criminal justice system, like all human systems, is not perfect and needs reform. We oppose over-sentencing offenders to prison terms that are grossly disproportionate when compared to their crimes. And we recognize that most juvenile offenders have the capacity to reform. However, there are some offenders who are too dangerous to be released into society.

We believe that judges should have a wide range of sentencing options for juvenile murderers. A juvenile’s criminal sentence should be based on their specific acts and characteristics, and not simply on the general traits of people in their age group or the number of years they have lived.  In some rare cases, life without parole (LWOP) may be necessary for juvenile murderers to protect society and to prevent victims from enduring the trauma that comes with repeated parole hearings.

We do not dispute that juveniles are generally more impulsive, immature, irresponsible, susceptible to peer pressure, and poorer at assessing risks. Many juvenile crimes do reflect immaturity and poor judgment, along with disadvantaged upbringings. But juveniles are a large group, and not all people in that group are the same. General traits often do not apply when assessing individuals. Some juvenile crimes, rather than reflecting youth, reflect depravity and moral corruption that will not be fixed by time or age. Here are just a couple of examples.

These crimes were not youthful indiscretions or mistakes made due to underdeveloped brains. They were acts of evil committed by criminals who were fully aware of the consequences and who acted with callous disregard for the victims’ lives. In these cases, and in many others, the hallmark traits of youth, such as impulsivity, immaturity, and susceptibility to peer pressure, did not apply.  The murderers either acted alone or were the leader of a group.  Perhaps with the exception of Elkins’ murder of Baby Antonio, all the crimes were planned, calculated, and mature. For example, the trial court in Marsh’s case noted that his crime was a “highly sophisticated, extraordinary and rare crime even for the most hardened and seasoned adult criminal.” These crimes are not less reprehensible because the criminals had not reached their magical 18th birthdays. The suffering inflicted on the victims was also not any less horrific because the criminals were not yet 18.

Advocates of juvenile murderers might argue that we are only showing the worst cases of juvenile crimes. But this argument is disingenuous. Anti-JLWOP advocates want all juvenile criminals, including the ones listed above, to have a chance to be released, not just those responsible for relatively less serious crimes. Often, when we bring up specific cases of particularly vicious juvenile murderers, anti-JLWOP advocates insist that making them eligible for parole doesn’t really matter, because no parole board will ever vote to release them. They will not directly address the possibility of criminals responsible for highly aggravated crimes being released, even though the laws they are advocating for would allow just that. They will also not directly address the traumatic impact on victims of having to continually appear before a parole board to describe the impact on their life or the continual worry that their family member’s killer could be released. Advocates of juvenile murderers will not directly address these points because most people would not support ending JLWOP when faced with the brutal reality of some juvenile criminals, the impact of parole eligibility on victims, and the possibility of these criminals being released.

SB 256 would make criminals responsible for aggravated homicide offenses (“[t]he offense of aggravated murder or any other offense or combination of offenses that involved the purposeful killing of three or more persons, when the offender is the principal offender in each offense”) eligible to be released after 30 years. This part of the bill does not apply retroactively–this is basically the T.J. Lane exception. The Lane exception prevents advocates of SB 256 from having to argue for releasing the notorious mass murderer.

If a juvenile were to murder 10 people, they could be released after serving only three years per victim. If they murder 30 people, they would have to serve only one year per victim before we would have to consider releasing them. The maximum punishment allowed for mass murderers would be grossly lenient when compared to the nature of the crimes.

Some murderers who are currently serving LWOP in Ohio and could be freed under this bill include:

SB 256 would allow juveniles who commit non-homicide crimes to be released in 18 years, regardless of the nature of the crimes, the impact on the victims, or the number of people harmed. It would allow, for example, gang-rapists Chaz Bunch and Brandon Moore to be released. After kidnapping and gang-raping their victim, Bunch wanted to murder her. Moore shoved a gun in her mouth and threatened to harm her and her family if she told anyone about the crimes.

We all agree that youth who make mistakes should be given second chances. But these criminals did not make the types of typical youthful mistakes that we all expect to see from our own teenage family members. We’re not talking about “boys being boys.” It doesn’t take a lot of maturity or intellectual development to understand that murder and rape are wrong. Lawmakers should fully consider who exactly could be released early, should they vote for this bill. Honestly consider the possibility of them being released into society. Would you want them as a neighbor? Would you want them living near your children or elderly parents or grandparents? Proponents of SB 256 have asked you to put yourself in the position of the juvenile criminals. We ask you to put yourself in the position of the innocent victims, who, unlike the criminals, did not choose to be in their positions. NOVJM thanks you for your attention to these comments and urges you to vote “NO” on the bill.

From an Arkansas member.

My name is Latrisha Barnett. I am from Bauxite, Arkansas. I am a member of the National Organization of Victims of Juvenile Murderers (NOVJM). On June 2, 1992, my beloved twelve-year-old sister was violently stolen from this world and our family. My mother, Hazel Richardson, had taken my sister, Robin Richardson, with her to work that night. She was preparing to close when two young men came into the store. One was 17-year-old Chad Kitchell and the other was 18-year-old Steven Waggoner.

Kitchell came in with a large hunting knife and Waggoner with a sawed-off shotgun. They both had covering over their faces. They took the money left in the till and forced both my mother and sister face down on the floor. Kitchell stabbed my sister in the back. Waggoner shot her in the head and hand. Waggoner also shot my mother in the neck. The robbers both ran out of the store and left them both for dead.

My father, who arrived at the store a short time later, walked in to see the gruesome scene. My sister, who was already dead, laid in a pool of blood and was making horrible sounds. Her little hand lay in a bloody chunk as Waggoner had pretty much severed it with the blast. My mother had a gaping wound in her neck which was bleeding profusely and was missing her ear. On the way to the hospital, she had a stroke due to blood loss and her heart stopped twice.

I was only 14 at the time of my sister’s murder. We were both getting ready for summer break. We only had one more day of school left. Robin was about to turn 13. She was so excited. Mom and Dad were going to let her have a birthday party, which was why she went with mom to the store. They were planning it. I was at home studying for my last math test. I looked out the window and saw my dad coming to the house. When he walked in I knew something was wrong. He sat down in the chair and I knelt on the floor. He repeatedly rubbed my hands saying my name over and over again. He then broke the news. I was devastated. I have never in my life felt such drowning in overwhelming grief and pain. On the way to the hospital, my dad held me while I cried. I noticed his hands and sleeves were covered in blood. This was a nightmare come true and this was just day one.

I spent hours in a private waiting room with crushing fear that my mother wasn’t going to make it through the night. My best friend was gone. I had to bear all this alone. When they finally allowed us to come into the room I nearly passed out. My mother had so many tubes in her. She was hooked up to so many different machines. Her beautiful hair had been shaved off on the side of the wound. She had huge white bandages around her neck and over her ear. I remember seeing the blood staining the bandage. She was so white and looked so frail. The next two days she started waking up some. Every time she did she would mouth, “where is Robin?” Due to the strokes, she had lost her short term memory. My dad had to tell her over and over again that Robin was gone.

After the initial night in the hospital, I started having nightmares and night terrors! I was scared of my own shadow. I had to sleep with a night light on every night. I couldn’t walk into a gas station without panic overcoming me. Our lives were forever changed and altered by these two young men. They caused irrefutable damage. I suffer from PTSD, depression, agoraphobia,
anxiety, and panic attacks. I have to take medications to cope. I see a counselor and psychologist. I am and forever will be impacted by what these young men chose to do that night.

Thankfully, the court case went quickly. Both killers plead guilty to capital murder and
attempted murder. They both were sentenced to life without parole. While I knew my sister would never come back, I was secure in knowing that they would be in prison for the rest of their lives. We could have at least some kind of peace in our lives. We still had/have to live with the damage they have caused. There will always be an empty spot where Robin should have been. Yet here we are being forced to relive this traumatic night over again. We have heard about “their “rights” and “their” mental needs. These two young men testified in court that they were taught right from wrong and that they knew it was wrong to kill someone. This was not a moment of passion, it was premeditated. They stalked out the store days before. They had a plan beforehand and intended on killing everyone in the store. They purchased and modified a firearm. They attended a party after they killed Robin. They said it was a rush and exciting.

What the murderers did was not a childlike behavior. It was not a child-like decision. It was an evil, inhuman, and cruel act. We have already had our resentencing hearing. It was horrific and traumatizing. It intensified all our issues we were coping with and caused severe mental health problems. They took my beloved sister. Kitchell is now harming us even more. We have once again been robbed.

Thank you for your attention. I urge you to vote “NO” on the bill.