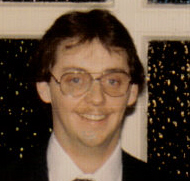 My brother, Jimmy, was 28 at the time of his brutal death

He was one of 7 children. His father was a successful business person; we grew up on a beautiful lake in Oakland County. Our mother was a stay at home Mom. All seven of us graduated from Waterford schools, many of us went on to College and we are all productive and successful members of society. My mother has since passed away but my Dad now enjoys his time with his, 11 grand children and proudly has one more on the way. My youngest brother is about to adopt his second child. I tell you all this because I often sit and wonder what my Brother Jim’s life would have been like. He was an automotive mechanic and enjoyed working on cars. He told me once that he enjoyed spring because people would roll down their windows and be able to hear that their cars needed attention and his shop would get busy. He loved to help people, often working on cars for free. I imagine that Jimmy could have owned his own business. I will never know there are no second chances given here!

Jim left his house to go to K-Mart on Mother’s Day, 1990, to buy our mother a card. Barbara Hernandez had been at that same K-Mart the day before to purchase the knife that would kill Jim. It was never determined in court how Barbara was able to convince my brother to let her into his car but he did and she took him to the house, where she knew her boyfriend was waiting, with the knife she had purchased the day before. Jim was just a random victim in a scheme to steal a car. It was brought out in court that Barbara had concocted this “pre-meditated” scheme to lure someone to the house to steal their vehicle so that she and her boyfriend could go to New Mexico, get off of drugs, put their lives back together and live with her father. Yes this would be the same father the ACLU states physically and mentally abused Barbara. She wanted to live with him.

During the trial we heard all the brutal details of the crime. You see my brother was not just stabbed once or twice. He suffered 25 wounds in all. 10 stabs and 15 incised. But the brutality did not stop here. Jim had suffered many lacerations to his neck to the point of almost decapitation. Just writing this makes me cringe and brings back the horrible thoughts of my brother’s endless suffering and his horrible death. The pain had to be tremendous; to this day I can imagine him bleeding to death. All for his car!

Of greatest interest to the prosecutor were the defensive wounds present to Jimmy’s hands. In Jim’s hand they found hair – forensic scientist testified that “it was forcibly removed from Barbara Hernandez’s head therefore she must have been near him during the time of his struggle.” Not likely that he pulled her hair out while she sat innocently in another room?

The medical examiner testified that Jim was a big guy at 175 lbs and compared to James Hyde, Barbara’s boyfriend, my brother was almost twice his size. The medical examiner testified that Hyde could not have fought with Jim and proceeded to stab him alone. Barbara either held him down or stabbed him while Hyde held him down. Hyde admitted himself to a hospital in Finlay, Ohio. Hyde had suffered a stab wound to the stomach. When admitted to the hospital the police were called and both he and Barbara were apprehended. I can imagine my brother fighting for his life.

Hyde and Hernandez would not speak to the police. It took three days for them to tell the police were to find Jim’s body. If Barbara did not kill and if she was innocent and just afraid for herself, why would she not have told the police were my brother was dying? Why did she make us suffer for three days? We Searched for Jim for days, fearing the worst and hoping for the best as we held vigil at our mother’s house. I had not slept for 3 days when they had found Jim… Our worst nightmare had come true, my brother, my friend, gone, he was DEAD. How could this be?

During the trial, my Mother’s Health went frail. It was so difficult for her to bury her son. She loved us all so much. After her death, as I was cleaning out her dresser, I found a doctors record that indicated that my Mother, several years early had had a scare with cancer. After speaking with her doctor, I believe the cancer was in remission and the stress of Jim’s murder resurfaced it. Jim died on May 12, 1990, Mother’s Day and my sisters wedding anniversary. My mother died the next year on April 27th we had the funeral on April 29th the same sister’s birthday.

We remember vividly calling my Mom from the pay telephone at court house in Oakland County, she was in the hospital in Detroit , We promised her we would call her and give her the verdict. We told her that they had been charged with first degree murder and that they were going away to prison for the rest of their life. The court was nice enough to schedule the sentencing around my mother’s funeral.

The sentencing for James Hyde was first, his was easy because he was considered an adult. Sentencing for Barbara was a little more difficult. It had been decided After several hearings that she would be tried as an adult but there needed to be another hearing to determine if she would be sentenced as an adult. Prior to the hearing, she was seen by Doctor Holden to evaluate her and see if she had “diminished capacity” – the inability to form the intent to commit murder. After 5 hours of interviewing Barbara, Dr. Holden found that Barbara did not have diminished capacity. She did form the intent to commit murder.

Second she was evaluated by Mark Mudd – probation manager with Oakland County Circuit Court Department of Corrections. He evaluated her and found that due to “the gravity and brutality of the offense, the serious nature of such offense, and for the long term protection of society.” she should be sentenced as an adult.

After Barbara was sentenced, we worked hard to pick up the pieces of our lives. Although, nothing in our lives seemed right anymore. My brother was gone, my Mother was gone. I found myself as a grown married woman, needing to sleep with a nightlight so when I woke up scared from the nightmares that raced through me I could be assured that no one was in my room. I cried myself to sleep. We had not had time to mourn my brothers brutal death or my mother. The healing process took years.

Now my family and I have learned to accept the things that we can not change. We have learned to never take each other for granted. The one good thing that has come from all of this is our family unit is as strong as anyone could hope for. The bad thing for the supporters of this legislation is that you can rest assured that we won’t rest until these bills are dead!

Tell the truth ACLU. Barbara Hernadez did not hide in another room while my brother was murdered, her hair was in his hand. He was held down by her. Go to the court house and read the transcripts. No one ever denied that she purchased the knife and then took Jim to the house to be killed!

Remorse is not a ticket to the chance for freedom! Rehabilitation is not a get out of jail free card!

As I sit here tonight, once again completely consumed with this horrible crime that has been done to my family, I realize that once again, I am being victimized. I am being forced to relive this horrendous time in my life, at the expense of all the other productive things I should be doing with this time.

As long as legislatures introduce and support bills that provide criminals sentenced to LWOP the opportunity for parole, my family will be sentenced to LIFE WITH NO CHANCE OF PAROLE we will be a victim for life!

We love you Jim – From his sister Jody 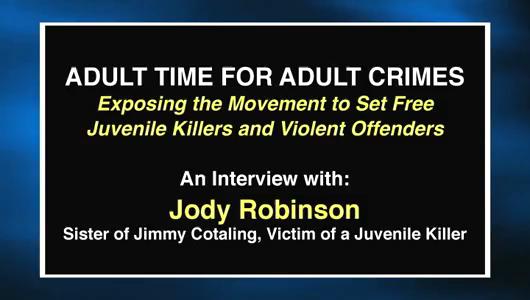