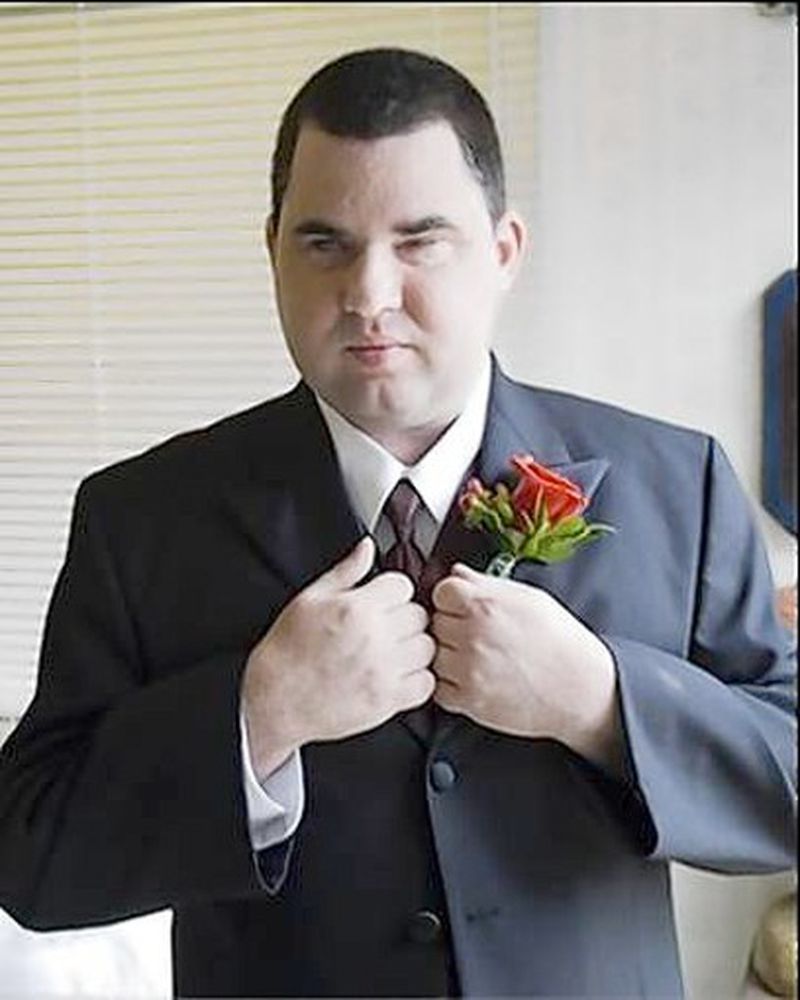 Donnell Graham, the teenager who stabbed a Bel Air blind man to death last summer during a robbery in the victim’s home, was sentenced Wednesday to life in prison with the possibility of parole.

A large crowd showed up for Graham’s sentencing hearing in Harford
County Circuit Court. Graham, 18, of Bel Air, pleaded guilty March 12 to a
single charge of first-degree murder in the death of Patrick Xavier Ward.
Robbery and weapons charges were dropped in conjunction with the plea.

Family members of Mr. Ward and Graham packed the court gallery, so much so that the case was moved from Judge William Carr‘s courtroom to a larger courtroom normally used by another judge. Even then, every seat was filled.

On Aug. 5, 2011, a then 17-year-old Graham broke into Mr. Ward’s apartment in the 900 block of Redfield Road in Bel Air. Mr. Ward, 29, who was legally blind, was stabbed several times in his upper torso and taken to Upper Chesapeake Medical Center, where he was later pronounced dead. Graham, who lived in the same neighborhood, was arrested within hours of the crime and charged as an adult.

At Wednesday’s sentencing hearing, Graham’s defense attorney, Samuel Delgado, started first, requesting a “fair and just” sentence and suggesting Carr give his client a life sentence, with all but a set amount of years suspended. He also said when he first met Graham, Delgado was expecting an “indifferent” young adult who didn’t care about what had happened.

He was wrong about Graham, Delgado later said, adding that Graham has
accepted responsibility for his actions and that he, Delgado, found a young man who does “feel.”

Delgado read aloud several letters Graham wrote to the court, Mr. Ward
himself and Mr. Ward’s parents. In the letters, Graham said he had attempted
suicide secretly and felt that killing himself would be the only way to repay
what he did to Mr. Ward.

“‘Since that day, I have cried for a whole month. I couldn’t eat or sleep,'”
Delgado read from a letter to the court.

Graham could not say enough to make it right, Delgado said, who later added
that the fact Graham was not indifferent to the crime was of “little
consolation” to Mr. Ward’s family.

Assistant State’s Attorney Scott Lewis painted a much different picture of
the murderer.

Lewis also read aloud letters from Graham, letters he wrote to family members
while in the Harford County Detention Center. In these letters, Lewis said,
Graham “boasted” about being well known in the jail and wrote about getting out in a few years so he could handle the “snitches.”

Lewis added that Graham had a juvenile record prior to the killing and had
been given several opportunities for counseling and medication to change his
life, but chose not to. Graham’s “true character” had not changed, the
prosecutor said, also pointing out the nature of the crime, the weapon used and the wounds inflicted.

“It was a brutal crime,” Lewis said. “It was a senseless crime.”

Earlier in the proceedings, Carr said he had received and reviewed impact
statements from members of each family and during the sentencing, only Mr.
Ward’s parents, William and Kathleen Ward, addressed the court.

The parents talked about their son, whose severe eczema eventually led to him
becoming legally blind.

Although Mr. Ward was on food stamps and received disability checks, he was generous “to a fault,” William Ward said of his son.

“There was no reason to rob from him because he would freely give away every
thing he had,” Ward said.

Kathleen Ward called her a son a “bright, shining light” who was close with
his brother and was an integral part of their family’s lives and daily routine.
She said the crime shouldn’t have happened to someone who had already fought so hard to overcome life’s obstacles.

Before he sentenced Graham, Carr acknowledged that Graham had led a difficult life, one that “most people should not have to lead.” But the judge also pointed out that Graham was given chances to change his life and Mr. Ward did not deserve what happened to him.

It was to Graham’s “credit” that he owned up to the crime, Carr said, adding
that the only appropriate sentence was life, which is the maximum sentence
allowed.

Graham will be eligible for parole under terms of his plea. In Maryland, the
governor must approve parole for inmates who are serving life sentences.

As he left the courtroom, Graham briefly turned back to his family to tell
them he loved them and would “keep his head up.”

In a press release Thursday, Harford States Attorney Joseph Cassilly
clarified that although Graham is eligible for parole that did not guarantee his
release because “lifers must get approved by the governor before they are
released and that rarely happens.”

Cassilly also thanked the residents of Harford County and police officers for
their work and help in the investigation.