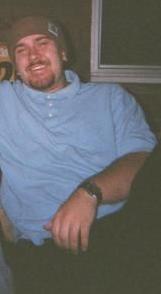 Here is the FACEBOOK PAGE – Memories of Dan Sorenson – set up by the family.

From his mother Kimberly: “Here is Daniel’s story.  It isn’t easy to tell or to read.

On Wednesday November 7, 2007, my husband Jim’s and my son, Daniel, was brutally killed and dismembered by a 17-year old young man named Jean Pierre Orlewicz, aided by his friend Alexander Letkemann, age 18.  (Letkemann, who took part in the clean-up of the murder scene, but not the actual act of murder pled guilty to Second Degree Murder under a plea agreement that netted him 20-30 years in prison w/o the possibility of an early release before the minimum sentence is served.)

Dan was lured to the garage of Orlewicz’s grandfather under the false pretense of obtaining money that was due Orlewicz by one of his friends.  Dan was supposed to scare the friend (Adam) in order to obtain the money.  Not the greatest thing to do, but certainly not in the same league as what was about to happen to Dan.  The scheme was just a ruse.  Adam was never told to come to the home.  When the time came to enter the garage, Letkemann entered the side door entrance first, followed by Dan and then Orlewicz, who immediately jumped Dan from behind, slitting his throat.  Dan fell to his knees, hands held to his throat, gasping for air.  Orlewicz continued to stab Dan 12 more times before Dan finally died from loss of blood.

My son, trained in self-defense, 6’0″ tall, and weighing approximately 240 pounds, never stood a chance.  He tried to deflect the blows of the knife with his arms and hands, he tried to get up off the floor, but a sociopathic monster no taller than 5’7” and 150 pounds meticulously planned how he could overpower and kill a man much stronger and bigger than he.  As Dan lay dying upon the floor of the garage gasping for air, Orlewicz said to him, “Just go with it, man.”

Now, this event was bad enough, especially when you consider that the motive was merely to see what it would be like to take another human life and to get away with it.  However, after Dan died, Orlewicz burned Dan’s fingertips and beheaded him.  After the beheading, Orlewicz, seeing that Letkemann was in distress, used Dan’s head as a puppet, moving the jawline and saying, “Hey Alex, how’re you doing?”  Then, with Dan’s body tied up in a tarp, Letkemann and Orlewicz attempted to load Dan’s body into the bed of Orlewicz’s truck without success.  Orlewicz called another friend to come over and assist.  Once the body was loaded into the truck, Orlewicz and Letkemann drove Dan’s headless body to an undeveloped cul-de-sac where Orlewicz dumped the body, poured gasoline upon it, and set it ablaze.

The next day, they disposed of Dan’s head in a local river.  Believe it or not, Orlewicz’s defense was “self-defense”, despite the fact that Alexander Letkemann never claimed that Dan acted offensively in any way.  The only person who could claim “self-defense” in that garage  on Nov. 7, 2007 was Dan.    In May 2008, Jean Pierre Orlewicz was given two terms of life in prison without the possibility of parole, and four to ten years for what he did to Dan’s body post mortem.  He is appealing his conviction, having been granted a new trial based upon a perceived error made by the original trial judge.  The Wayne County Prosecutor is appealing that decision.

Jean Pierre Orlewicz told Alexander Letkemann that he made some mistakes when planning and committing Dan’s murder.  “Next time”, he continued, “I won’t make the same mistakes.”

Orlewicz is serving his life sentence in the state of Michigan.

Kimberly, Daniel’s mother, was inspired to write this poem in 2012:

For one single moment
Can I tell you how I feel?
From the second I lost you
… Life hasn’t been real.
There’s a hole in my heart
That can never be filled
Those flutters of joy
Have forever been stilled.
The dates on my calendar
Mark no special day
Just a dark anniversary
Of when you went away.
Rather than die
I choose to live
To honor your life
Is all I can give.
And so I will stand
And so I will fight
‘Til justice is done
“Til wrong is made right.
~Kimberly Anne Sorensen
In Memory of Daniel Gene-Vincent Sorensen
September 22, 1981 – November 7, 2007