Ruby and Ida were sisters and lived across the street from one another. They often spent the night at Ruby’s home. It was at Ruby’s home where the sisters were attacked and butchered in 1985. Comeaux invaded the home and beat them to death with a doorstop. The 17-year-old home-invader also raped Ruby. Comeaux was convicted and sentenced to death but his sentence was reversed and another penalty hearing was held. The second jury, upon considering Comeaux’s youth and mental retardation, unanimously recommended the death penalty. Comeaux was sentenced to death but re-sentenced to life at hard labor with no parole after the Supreme Court prohibited the death penalty for intellectually disabled offenders in Atkins v. Virginia. After Miller v. Alabama, Comeaux got another sentencing hearing and was sentenced to LWOP. His sentence was upheld.

Desvalloons killed his younger sister while performing WWE wrestling moves on her. He was sentenced as a juvenile to three years in detention. 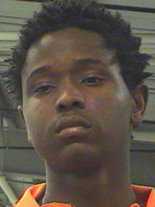 In December 2010, residents of St. Roch, Louisiana endured a terrifying crime spree involving home invasions, kidnappings, rapes and murders. A suspect has been charged but ruled incompetent to stand trial.

During a gang initiation, a group of assailants, four of them juveniles, invaded Rita’s home to rob her and then murdered her. Rita, who was targeted because she was believed to have a lot of money, was surrounded, grabbed by the hair, and slammed to the ground. The attackers kicked her, beat her, hit her in the head with a pipe, and stabbed her with knives from her kitchen. Howard also choked the 82-year-old woman with wire. The killers then ransacked Rita’s home. The offenders were apprehended, with some being convicted at trial and some pleading guilty. According to Joseph, the killers planned to murder Rita if she recognized Howard, who lived in the neighberhood. One of the juvenile killers, Joseph Elie, was released from prison but has been charged with second-degree battery and aggravated arson.

Partners in crime:  Three other juveniles

Shelby was sitting on her porch when James and three other youth targeted her for a robbery and beat her to death. Shelby died the next day. James pleaded guilty and was sentenced to LWOP. He later had his sentence reduced.

Wood murdered his parents Geraldine and John and his neighbor Matthew.

On the evening of September 14, 1992, the assailants went on a hunt for a car to steal. They came across Kipp, who was driving a Ford Bronco. They kidnapped Kipp at gunpoint from the Louisiana State University campus and drove him around. During his captivity, 18-year-old Kipp cried and pleaded for his life. But his pleas went disregarded. The captors drove him to a secluded construction site and Craig and Lavigne marched him out of his vehicle at gunpoint. Lavigne pistol-whipped him and left him. Craig, who was one week away from turning 18, decided to murder Kipp to prevent him from identifying the assailants. As Kipp lay on the ground in a fetal position, Craig shot him three times in the head. Berthelot pleaded guilty in exchange for a 20-year sentence while Craig went to trial and was convicted. He was sentenced to death but had his death sentence overturned after the Supreme Court abolished the juvenile death penalty. He was then sentenced to life in prison and may soon be paroled due to recent changes in Louisiana law.

Crimes: Murder of a police officer in the performance of his duties

Montgomery murdered Charles Hurt, a sheriff’s deputy and father of three. Montgomery was convicted and sentenced to death but the conviction reversed on grounds that he did not have a fair trial due to public prejudice. Montgomery received a second trial in 1969 and was convicted and sentenced to life in prison. Following Miller v. Alabama, he filed a new motion to correct his sentence. His case was taken to the Supreme Court which ruled that Miller was retroactive in Montgomery v. Lousiana.

McClinton murdered Angela and wounded her mother. He was denied parole 2019.

Gibson murdered one person and injured several others after firing his gun at two occupied cars. He was sentenced to LWOP but later released.

St. Julien invaded Alyssa’s home with the intent to steal. Alyssa, age 13, threw a large candle at the intruder and screamed at him to leave. St. Julien then held Alyssa down, choking her, and repeatedly beat her in the face with the candle. To make sure she was dead he slit her throat.

Murder motivation: Argument over a cellphone

Green shot and killed Johnny after the two got into a fight over a cellphone.

“On the evening of December 30, 2003, the victim, Johnny Ray Mitchell, and his older brother, Demarcus Scales, went to a convenience store in Alexandria, Louisiana to purchase cigarettes. While they were there, Bruce Wright, their first cousin, pulled into the station in a car with the Defendant and Shacarra Booze, the Defendant’s girlfriend. Mr. Scales states that his brother and he had known the Defendant all of their lives.
“Mr. Scales asked Mr. Wright to borrow a cell phone and the two began to argue over it. Mr. Scales stated that the two fought over the phone and that they hit each other, although the fight was not serious. Mr. Scales testified that the Defendant then walked over and asked him and his brother about a neck chain, which he had apparently lost in a fight that had occurred earlier in the day. Both responded that they had not been around the previous fight and did not know anything about the chain.
“The Defendant walked away, entered the store, and came back to where the other young men were still arguing about the cell phone. The Defendant then pulled a handgun from his pants and pointed it at Mr. Scales and his brother, who were standing beside each other. The brothers raised their hands and began to back away. Mr. Scales stated that the Defendant told the brothers that one of them was going to die that night. Mr. Scales testified that Mr. Wright then asked the Defendant if he was “going to do it or what’ and the Defendant shot Mr. Mitchell once in the chest. Both Mr. Scales and Mr. Mitchell turned to run, but Mr. Mitchell fell and died after only taking a few steps.
“Mr. Wright and the Defendant returned to the car, where Ms. Booze had remained throughout the incident, and fled the scene. Investigating officers on the scene
determined that the Defendant was a suspect in the shooting. They went to his home, where they found the Defendant being escorted from the house by his father to go the police station to discuss the shooting. The Defendant was arrested and his father accompanied him to the police station. He was subsequently charged with second degree murder.”

Murder method: Two shots to the back

Roderick Thomas and his brother Frederick Thomas murdered Donna and attempted to murder her husband Mark. Donna and Mark were convenience store managers and were both shot twice in their backs. Both killers were sentenced to LWOP but had their sentences reduced and have since been paroled.

Decision on what’s next for Rapides teen killers before judge

Nash beat and stabbed to death his elderly neighbor and was sentenced to LWOP but later re-sentenced.

Buchanan murdered 12-year-old Jacques during a fight and was sentenced to LWOP. His case has been heavily misrepresented by the Louisiana Youth Justice Coalition, who are trying to free him and other teen killers.