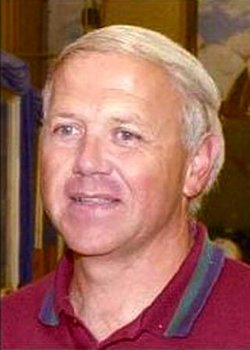 Al Parnell, a beloved member of the community and a former teacher, was killed for his gold watch.

When Parnell was found slumped over in his truck, still alive but mortally wounded, he had cell phone, cash and car keys, but his watch was missing, District Attorney Johnson Britt said.

“Al Parnell was murdered and evidence will show that the person responsible for that is Jamie Lowery and no one else,” Britt said. “… Jamie Lowery, in an attempted armed robbery, killed Al Parnell and that ladies and gentlement is first-degree murder.”

Lowery, 16 at the time of the crime, of Lumberton, is charged with first-degree murder and armed robbery in the shooting death of 56-year-old Parnell, a retired Purnell Swett High School teacher, tennis coach and member of the Robeson County fair board.

Britt is prosecuting the case before Superior Court Judge Claire Hill in the trial beginning in early 2011.

The alleged offender said during a second interview with sheriff’s Lt. Mark McMillian, “I shot him, I don’t know how many times, but I got a gold watch.”

Lowery told McMillian that he used a .25-caliber handgun.

Parnell was found shot three times in the front seat of his truck at about 6:30 p.m. on July 2, 2008, at a dumpsite on Allenton Road, near his home on N.C. 41. Parnell had been shot three times, once in the back and twice in the legs.