Suzanne Degnan was one of the youngest murder victims of one of the most historic cases of a teen killer in United States history.

See some historic video footage from the crime scene. The murderer William Heirens was, until his death in 2012, the longest serving inmate in the Illinois Department of Corrections.

Suzanne’s surviving sister Betty and Brother Jim have supported NOVJM because they have suffered horribly over the long decades since their sister’s brutal murder by having to constantly re-engage with the offender in parole hearing after parole hearing. They are now grandparents age themselves and have never had a life free of this killer until his death in 2012. They have supported the need for life without parole sentences for offenders like these because they have paid the life long price of a sentence for a killer like this with constant opportunities for parole. 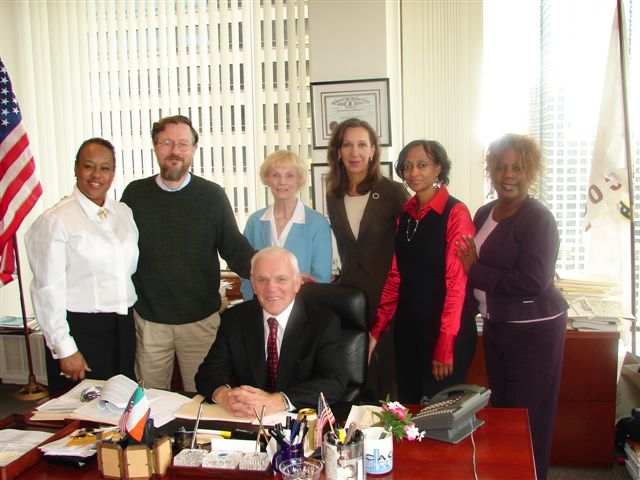 The offender as a young college age teen at his trial:

A reporter who covered the crime said, “Heirens was a sexual psychopath who would split off to another self to do things William Heirens didn’t dare do. Heirens called his evil self “George Murman,” which meant “Murder Man.” He often said he had sent George to Mexico, because George was a bad boy. Heirens/Murman did three bizarre murders, Heirens was a serial signature killer. A gamy part of his signature: he used defecation to assert dominance over his victims; Heirens defecated at his crime sites, to say, “I poop on everybody.” Another part of Heirens’ signature: he left messages at the murder sites; this wasn’t a game; it was compulsion.Heirens’ MO varied, but he used a knife and a tub in all of his murders. This begot a Heirens quirk: he put gauze on wounds of his dead victims. Suzanne Degnan was Heirens’ final murder victim. The Degnan episode was Heirens’ masterwork. He cut Suzanne into pieces. He washed and drained Sue’s pieces free of blood. He shampooed her hair . . . carried the pieces outside, and . . . .”

ED NOTE – too gruesome to continue – we do not need to glorify the work of the Lipstick Killer here on this website.