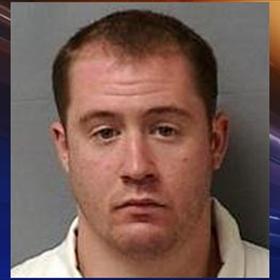 January 2011 the Thurston high school killer Kipland Phillip Kinkel was denied an appeal for a vacate of his sentence by a federal judge.  Kinkel was 15-years old when he killed his parents as well as two fellow students at Thurston High School in Springfield, Oregon in 1998. He also injured many others. He was sentenced to 110 years without the possibility of parole.

Wikipedia  has more about his case. His mug shot at the time of the crime:

SPRINGFIELD, Ore. (AP) — In a rampage that has become frighteningly familiar, a student suspended for having a gun allegedly returned Thursday and opened fire on a crowded school cafeteria, killing a classmate and critically wounding several others.

Two bodies believed to be those of his parents were later found in his home just north of Springfield, a working-class town of 51,000 people about 110 miles south of Portland.

Shots rang out about 8 a.m. in the Thurston High School cafeteria, where up to 400 people were milling around before class. Witnesses said the 15-year-old suspect, dressed in a trench coat, ran through the cafeteria firing his rifle from the hip. Twenty-three students were injured, 19 hit by gunfire.

“He was swiveling back and forth, firing at everyone,” said 16-year -old Jonathan Crawford.

“He just mowed ’em down,” said another student, Michelle Calhoun. “It was just sort of happening in slow motion.”

Around the gunman, bullets shattered the huge plate-glass windows and terrified students ran for cover and dived under tables, but the boy remained calm as the staccato gunfire was reduced to the click, click of empty chambers. One of those misfires came with the barrel point-blank at a student’s head.

Finally, as he was trying to reload, 17-year-old wrestler Jake Ryker, despite gunshot wounds to his hand and chest, tackled the boy. Several others quickly piled on to end the terror.

“Just shoot me, shoot me now,” one of the students, Ryker’s brother Josh, quoted the boy as saying.

After the suspect was arrested, police said they followed up on his suggestion to check his house. There, they found the bodies of a man and a woman. Sheriff Jan Clements refused to confirm that they were the parents of the boy — but said “there is no reason to believe they are not.”

The parents, William P. Kinkel, 59, and Faith M. Kinkel, 57, were teachers. The father was retired from teaching Spanish at Thurston High. The mother taught Spanish at a nearby high school.

The dead student was identified as Mikael Nickolauson, 17, a junior who had just enlisted Monday in the Oregon National Guard.

Police identified the suspect as Kipland P. Kinkel, who had been arrested, suspended and released to his parents’ custody a day earlier on a charge of possession of a stolen firearm. Police said he had been in trouble before for throwing rocks at cars from a highway overpass.

“He always said that it would be fun to kill someone and do stuff like that,” said student Robbie Johnson. “Yesterday, he told a couple of people he was probably going to do something stupid today and get back at the people who had expelled him.”

Police said Kinkel parked a few blocks away, walked inside the cafeteria carrying a .22-caliber rifle, a .22-caliber handgun and a Glock handgun.

“We spoke to him afterward — he was very calm,” said police Capt. Jerry Smith. “His motive, what he was thinking about, what caused him to go there — we’ve still got a long ways to go there.”