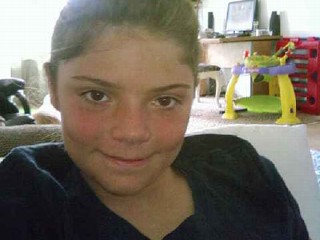 This is Elizabeth Olten in an undated photo provided by the Cole County, Missouri Sheriff’s Department. She was 9 years old when she left this earth at the hands of a juvenile murderer.

It all started on a Wednesday evening, when Elizabeth never came home after leaving a friend’s house on foot. The police were called after she never showed up. The family described her as shy, and that she was afraid of the dark. Their immediate reaction was that something bad had happened, and they were correct.

There are still many details to come in this case. The police were able to track the killer through ‘written evidence’ that has yet to be revealed.

On October 24th, 2009 a 15 year old was arrested as a suspect in the murder of this 9 year old girl. Under current law, the suspect will start out in the Juvenile system and if warranted, be moved to the adult system. The charges are First Degree Murder.

This 9 year old will never have another birthday, never see another day, and has family and loved ones who have to deal with that void every day. This 9 year old was taken from this earth by a 15 year old individual who is responsible for this tragedy. 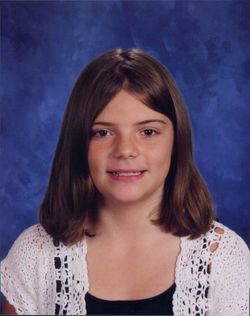 Elizabeth Kay Olten, 9, of Jefferson City, was welcomed into the arms of the angels on Wednesday, October 21, 2009. She was born December 15, 1999, in Jefferson City, a daughter of Patricia “Patty” (Carwile) Preiss and Dale Olten Sr. Elizabeth was currently a fourth grade student at Pioneer Trails Elementary School in Jefferson City. She was a lover of music, and some of her favorites included Hannah Montana and Taylor Swift. She loved horses, playing with her friends, and especially enjoyed baking cookies and doing puzzles with her Mom. She also loved to play dress-up with her animals.