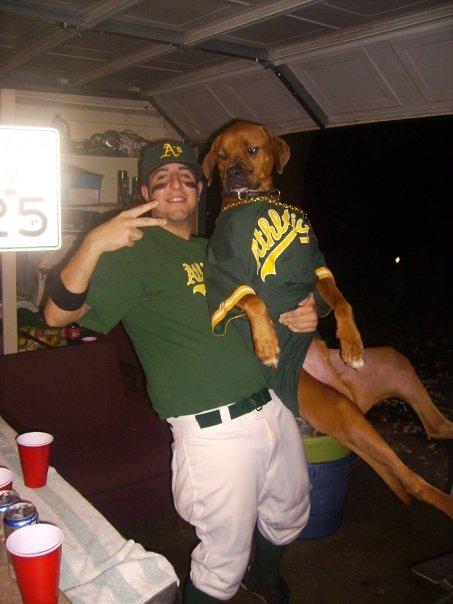 My son, Patrick Razaghzadeh, was murdered on Nov 1, 2008 when a group of kids showed up to his Halloween party uninvited.  Pat’s roommate informed him that the group was harassing other party guests, and had stolen her digital camera.  Pat confronted the group and asked them to leave since no one at the party knew them.  Several members of the group told my son and his friends that they were not leaving as “Mob is here”.  Members of this group belonged to a North Highlands street gang known as Monk Mob which is a sector of the North Highlands Crypts.  As a response to my son’s request to leave, he was shot five times (in the head, abdomen and both legs) by a 17 yr old member of this gang (EF).  EF also shot four of my son’s friends injuring them either in the leg or arm.

In June 2009, a total of 9 defendants were arrested and charged with my son’s murder.  Of the nine, three were juveniles at the time of the murder and were charged as adults.  Everyone involved covered up the shooter actions as well as their own.  During both the Preliminary Hearing and the Trial, other gang members testified that EF tried to get rid of the gun shortly after the murder by tossing the gun into the bushes.  He later retrieved the gun and another member of the gang (CC) parted out the gun to another gang.  Those involved in my son’s murder all knew exactly what they did was morally wrong, their actions alone after the murder show their guilt.  In March 2011, EF and CC were found guilty of 1st Degree Murder, and three counts of attempted murder.  In April 2011, EF was sentenced to 145 yrs to life for the murder of my son, attempted murder of three of his friends, along with gang enhancements. CC is scheduled to be sentenced in July 2011.

I had hoped for LWOP, but knowing that EF will be in jail for the remainder of his life provides justice for my son.  My son did not deserve this – and my life will never be the same without him. The pain and loss I feel will never go away.  My daughter, his father, his nephew, his girlfriend, family and all his friends, miss him terribly, and not a minute goes by that we do not think of him.