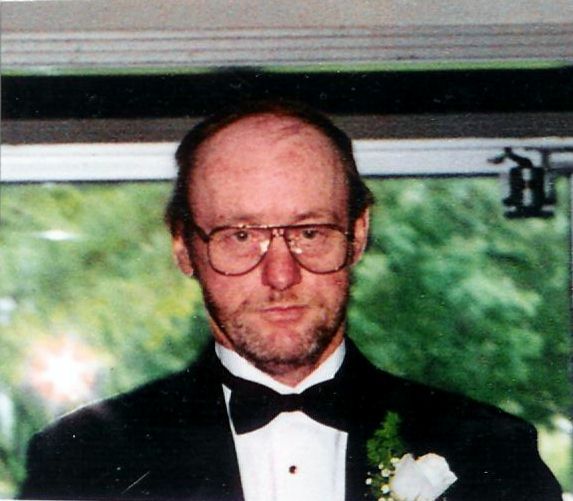 Cole Cannon was murdered in Alabama in the case that is at the center of the now famous Miller v Alabama case that is before the United States Supreme Court in the spring of 2012.

Cole’s grieving family is available for the news media by contacting Mr. Cannon’s daughter Candy Cheatham at: ccheat123@aol.com. She sends the following testimonial:

On July 16, 2003, Cole Cannon (52) was murdered by Evan Miller and Colby Smith who were 14 years and 16 yrs (respectively) at the time. Cole had only lived in Country Living  Trailer Park for approximately three weeks. Evan lived in the trailer in front of his. This murder would span from late afternoon on July 15, 2003 until 6:00 AM on July 16, 2003 at which time the Speake Volunteer Fire Department responded in efforts to extinguish the fire.

Throughout the night Evan and Colby would make several trips back and forth from Cole’s residence to the Miller’s residence. They both beat him with a baseball bat and their fists. This occurred after they stole his wallet and money. Their versions of who did what is somewhat different. Evan Miller placed a shirt over Cole’s head and said “Cole, I am God and I come to take your life.” They set fire and there was at least three points of origin of the fire, as well as paper with charred ends in a trash basket in the kitchen. Blood splatter was on the wall, as well as large amounts of blood saturating the coffee table, a towel, and pillow.

His cause of death was blunt force trauma, multiple rib fractures, and smoke inhalation. They took his wallet but returned it approximately one week later. They were not immediately apprehended. Evan Miller bragged about his actions to others (as presented as testimony at the trial) and threw Cole’s drivers license in a stream in Bankhead Forest.

In October 2006, Colby Smith pled guilty to Felony Murder and received a Life With Parole sentence. Miller was convicted by an ALL FEMALE jury (mostly mothers) of Capital Murder-Arson and Capital Murder-Robbery. They believed the co-defendant testimony, forensic evidence, and could not imagine the fact that if Miller was capable of this heinous crime, they did not want to know what he would be capable of as an adult.  Interestingly, is the fact when the jury returned the first time, they did not understand the instructions and they found Evan guilty of everything, even the lesser included charges, and had to be re-instructed and sent back.

On March 20, 2012, the U.S. Supreme Court heard hearing oral arguments regarding whether it is unconstitutional for a 14 year old juvenile to be sentenced to Life Without Parole. My family and I were there. What is remarkable to me is that yes I was aware of the 2005 ruling regarding the death penalty and the ruling last year that it is unconstitutional to give Life with exception of serious offenses such as murder, but had no idea that advocacy groups for Evan were filing motions with the Supreme Court. That was until just before Thanksgiving when the Supreme Court agreed to hear oral arguments. I am appalled at the misleading information these groups are publishing, even in court documents. In the brief filed by the Equal Justice Initiative for Evan, the facts cited are not those of the case as presented at trial but obviously Evan’s recitation of events not documented anywhere else. The same with his character and background. Instead, they slant to make it sound as if my father initiated things by “interrupting Evan, his family and friend” ”being visibly intoxicated” “making a drug deal with Evan’s mother,” “ accompanying the boys to his home and drinking with them.” Then grabbing Evan’s throat. They cite that “Mr Cannon died of smoke inhalation.”  I would like to know of whose account was he visibly intoxicated and did all those things. As if Susie, Evan’s mother is credible. Certainly, Evan Miller is not, and I will address that later. The cause of death was blunt force trauma, multiple broken ribs, and smoke inhalation (all in combination actions of Evan and Colby that resulted in my father’s death.

When my family received the news that there was an “accident,” we went to our father’s trailer. Let me preface that I have worked in the criminal justice system for the last 13 years. I have taught as an adjunct-professor for the last six years at a University, which includes juvenile justice issues. At the time of my father’s death I was working as a child abuse investigator in Lawrence County, AL, so I knew of Evan and his family. Yes, he was in foster care and anyone that encountered him, mental health counselors, teachers, had the same thing to say, he is manipulative. He was in a truck with two others and they spun out in the gravel when we arrived. His mother was spatting off saying my dad fell down and hit his head, was bleeding, and that he died from falling asleep holding a cigarette. I ignored her for various reasons. It was clear that this was no accident after our arrival.

Evan was diagnosed by Dr. Gregg with conduct disorder, neglect of child, personality disorder-anti-social. Decatur General West also diagnosed him previously with depressive disorder, oppositional defiant disorder, conduct disorder, poly-substance, and factitious-disorder-malingering (feigning mental illness, exaggerating mental illness). He has exhibited narcissistic behavior and no remorse. He has never apologized and his actions do not indicate any progression to remorse. Although, this has caused extreme hurt and I along with my family have experienced a number of emotions, God is working on me to forgive Evan and Colby. I am almost there. I have no anger, wrath, or ill-will. But I have a duty to seek justice and expose darkness which includes the false information, lies, and propaganda of the Equal Justice Initiative.