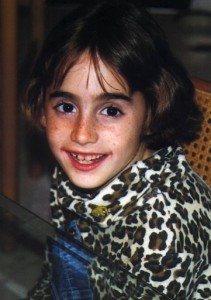 Is Life Without Parole For Juveniles Cruel And Unusual?

On November 3, 1998, eight-year-old Maddie Clifton went outside to play but didn’t come home because Joshua Phillips, then 14, stabbed her to death. According to Phillips, he went into a panic after he accidentally hit the girl with a baseball, and, in order to stop her screams, he beat her with a baseball bat and stabbed her. Phillips struck her three times on the forehead and the top of her head. Maddie also endured wounds to her neck that caused her to bleed to death or drown in her own blood. While she was still alive Phillips shoved Maddie under his waterbed. After she died, Phillips stabbed her an additional nine times in the chest and abdomen. The story doesn’t end there. Maddie’s body was found on November 10. She wore only a t-shirt and socks. Maddie’s family later learned that Phillips was in a sexually aroused state when he killed her and that he watched violent pornography, possibly of underage girls. They also learned that Phillips was obsessed with Maddie’s older sister Jessie and that he kept books on devil worship and witchcraft.

Former Sheriff Nat Glover: “I remember the number of days she was missing, the media coverage and the level of attention, both here and nationally. …”

Maddie’s older sister, Jessie Clifton: “As an 11-year-old, you think about toys, games, and most of all, your family and friends.”

Monsignor John Lenihan: “Not a day goes by without some memory of Maddie Clifton, her mother, father and sister, Jessica.”

THE MADDIE CLIFTON SAGA: Her killer fights back tears when asked about Maddie and her family

By Paul Pinkham, The Times-Union

Few homicides have dominated Northeast Florida’s consciousness like the murder 10 years ago Monday of Maddie Clifton.

Just 8 years old, she disappeared on Election Day from her family’s Lakewood home. For a week she was simply gone. Hundreds of people searched Dumpsters and woods around the secluded Southside neighborhood. Police sealed off the area and interviewed neighbors. Yellow ribbons sprung up everywhere as people hoped and prayed Maddie would be found.

A week later, Jacksonville Sheriff Nat Glover made a grim and emotional announcement. Maddie’s body had been found, stuffed under the water bed of her 14-year-old neighbor and playmate, Josh Phillips. Josh’s mother made the discovery and alerted police. Thousands lined San Jose Boulevard for Maddie’s funeral procession.

Phillips was indicted as an adult and convicted of first-degree murder by a jury in Polk County, where his trial was moved because of publicity in Jacksonville. He was sentenced to a mandatory life term in prison, where he remains today. . .

“Josh did get a life sentence, but Maddie got the death sentence. She was only 8 years old,” Sheila Clifton Delongis said. “He should not be cut a deal just because he was 14.”

Delongis said she knew Phillips as a neighbor and has no doubt he knew right from wrong.

19 years later, the narrative behind Maddie Clifton’s demise gets even worse

She was just a child when the world she knew came to a grinding halt. The doting big sister raced through the neighborhood on her bike calling out Maddie’s name when the 8-year-old didn’t come home for supper at nightfall on Nov. 3, 1998.

Seven days later, a police officer who had camped out at her house while the search for Maddie Clifton was on, rose from the floor in Jessie Clifton’s bedroom where they were playing Monopoly and didn’t come back again. Maddie’s body was found.

Jessie, 11 at the time, raced out of the house and fell to her knees landing on the concrete and cried out.

Nineteen years later, she cried out again in a Duval County courtroom when she looked at Maddie’s killer, Joshua Phillips, someone who had been young too when the world he knew dissolved on the same day as well.

“I can tell you as a child — much like you were — when you took my best friend, I lost my childhood too. I lost Mom. I lost my dad. And I lost myself,” 30-year-old Jessie Clifton tearfully testified Thursday on the last day of Phillips’ re-sentencing hearing.

“Having to wake up every day in the circus around my house that was supposed to be Mom, Dad, Maddie going on vacations, going fishing, going skiing was spent for seven days waking up in fear and not knowing the unknown,” she said. “What that did to me as an 11-year-old is very hard to explain.

“I sat in the dark not knowing what happened. I knew she was gone.”

It wasn’t until Jessie Clifton was 16 that she learned more about her sister’s death at the hands of their neighbor. With that knowledge came another round of counseling sessions.

Over the course of 19 years, there has been largely one narrative when telling little Maddie’s demise. The story, easily one of Northeast Florida’s most horrific and tragic murder cases, goes this way: A 14-year-old boy fearful of his father panics when his 8-year-old neighbor friend won’t stop crying after being accidentally struck by a baseball, so he takes her inside his house and kills her and shoves the body under his waterbed. A week later the boy’s mother finds Maddie entombed beneath her son’s bed.

That narrative was bad enough to send the young teen away to an adult prison for life. But that’s not the story that played out in court this week for Phillips’ resentencing hearing.

“Jessie Clifton: She’s afraid that if he gets out, he will come after her,” said Assistant State Attorney Bernie de la Rionda.

At the start of the re-sentencing hearing, de la Rionda portrayed Phillips as diabolical. He’s spent the better part of the week trying to hammer home the idea now that Phillips has a chance of getting out of prison.

Phillips’ case is one of some 800 in Florida coming back to the courts now that U.S. Supreme Court decisions have said it is unlawful to automatically sentence killers who were juveniles at the time of the murder to a life behind bars. Life is an option, but it must be left for the very worst cases.

“When I needed someone to talk to, there was nobody because nobody understood,” Jessie Clifton testified. “Nobody understood me and there were theses days where I go to the cemetery and I’d sit down in the grass because I don’t have anyone to talk to and I just talk to her in the ground.

“There is no reason I believe — I just can’t bring myself to think that you should ever ever be able to walk outside of prison because she can’t,” she said. “It’s just not fair and you should have to pay the consequences for that.”

A date for the resentencing will be set sometime after Sept. 22 when de la Rionda and defense attorney Tom Fallis meet with the judge again.

“Should he ever be released from prison, I pray I will no longer be on this Earth,” DeLongis testified. “Because I know deep down inside he was after Jessie and I can’t bare to lose another daughter.”