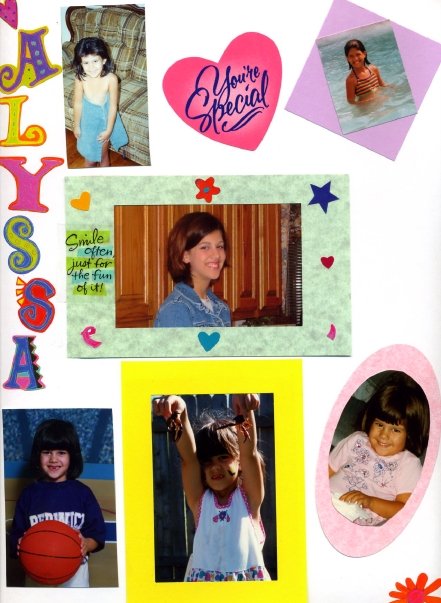 Alyssa Michelle Case age 13, a native of Morgan City and resident of Lafayette, murdered by a 15 year old.

A mass of burial was celebrated at Sacred Heart Catholic Church in Morgan City; burial was at St. Joseph Cemetery in Thibodaux. Alyssa was the daughter of Jean Cantrell and Ron Rose; stepdaughter of Bert Cantrell; sister of Ashely Doiron, Bobbie Case, Abbie Cantrell and Camron Case; granddaughter of Mary Bouterie Breaux and Larry Case. She was preceded in death by her grandparents, Richard Joseph Bouterie and Linda Hebert Case.

She was a seventh grade honor student who loved reading and liked to dance and cheer.

Where is your compassion for the victim?

In the recent article “Students take trip to Angola Prison,” Mark St. Julien, who is currently serving a life sentence in Angola, was referenced. While I understand that there is a push by both our nation’s Supreme Court and our state’s Legislature to reduce the current prison population, particularly those of “children” who were tried as adults and given life sentences, what I cannot understand is why no one seems to be concerned about the victims and their families.

My daughter was St. Julien’s victim. Alyssa was beautiful, intelligent, loving, kindhearted and only 13 when she was brutally murdered in our home by this monster. I was the one to find her after returning home from strolling my youngest daughter, who was an infant at the time.

You cannot even begin to imagine what I saw. St. Julien entered our home with the intent to rob us, frightening Alyssa because he thought no one was home. She picked up a large candle that we had on our coffee table and threw it at him, screaming at him to leave. Instead of leaving, he picked up that candle and beat her repeatedly in the face with it while holding her down, choking her. Then, to be sure she was dead, he slit her throat with a knife from our kitchen. Afterward, he fled our home. When I got home, I found my daughter on the couch, beaten so badly that I could no longer see her beautiful face. This is my life sentence.

When the verdict was read, do you think St. Julien showed any remorse? No. His reaction was to throw a pencil in the air.

I am so glad that he “found Jesus” while he’s been incarcerated, but maybe he should have found Jesus way before that. I hope he’s made peace with God and with himself, but that will never bring my child back. He made a decision that he needs to live with, in prison, for the rest of his life.

Unfortunately, his decision affects my family as well. I will never see Alyssa graduate from high school and college, never see her get married, never see her as the wonderful mother that I know she would have been. Want to know where I do go to visit her? Right here in Thibodaux, since she’s buried in St. Joseph Cemetery.

Shame on you for running this story without doing a background check on St. Julien. You should know that both of my parents, Alyssa’s grandparents, are from Thibodaux. We have lots of family members who live here. My 86-year-old mother was extremely upset when she read your cover story. I have been absolutely sick to my stomach since I’ve read it. Maybe instead of showing sympathy for the killer, you could show a little respect for the victim and the family.

Article was sympathetic to a killer

The recent article “Students take trip to Angola Prison” referred to Mark St. Julien, who at 15 murdered a 13-year-old girl.

That girl’s name was Alyssa Case, who was my niece, my youngest sister’s child. She was sweet, kind, smart and beautiful. Today she would be 28 years old, and could be a wife, mother, doctor or a teacher. She could have been someone who would have made a difference in this world, but we will never know.

Your article and the comments by Thibodaux Councilwoman Constance Williams painted a somewhat sympathetic picture of St. Julien as an individual who as an “immature child” committed a crime for which he was tried as an adult and sentenced to life in Angola without the possibility of parole.

The implication is that he was not mature enough to understand the consequences of his actions. What a bunch of bull.

Let me tell you about that “child.” He broke into a home when he did not think anyone was at home, beat my niece horribly with a candle holder and then cut her throat for good measure. One could not even recognize her because her injuries were so horrible.

Now, if one can believe what he says, over the last 15 years, he has “found Jesus.” Good for him. However, my niece will not get another chance at life, as St. Julien sent her to be with Jesus.

The hurt and pain that he has caused to Alyssa’s mother, father, grandmother, siblings and family is beyond description. He should not get another chance at life beyond the walls of Angola; however, I understand that the United States Supreme Court has ruled that he, and similarly convicted felons, should be eligible for parole. In that event, he should certainly not be eligible for parole until he is an old man.

Don’t have sympathy for the killer; rather consider the effect that his actions have on the victim and the victim’s family.