Chip and Claudia were brutally murdered in their home by a disturbed and depraved almost-16-year-old. The killer extensively planned the crime and committed it solely for entertainment. The murderer was not a misguided and immature teen who was unable to appreciate the consequences of his acts. According to the trial court, the crimes were highly sophisticated even for “the most hardened and seasoned adult criminal.” The murder case is further discussed here. This page focuses on the victims. 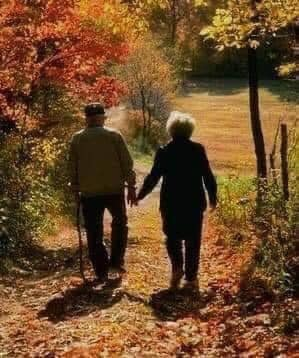 Chip was born April 26, 1925, in Grand Island, Neb., to Eleanor and Oliver Northup He served in the Navy during World War II. Chip received his undergraduate degree from UCLA and his Ll.B. from Boalt Hall (UC Berkeley School of Law). He continued as an attorney until death.

He was an English professor trapped in the body of a Lawyer. He loved law but was always pulled to writing. He read extensively and had memorized many classic passages of Western literature. He learned to love music as a child listening to the ballads sung by his father. Chip began playing the guitar in his 30s, which became his greatest joy outside of his marriage.

He was well respected in both the communities of Davis and Woodland for his extensive political, community, and social justice work. Chip was a proud member of the Rotary Club and worked the Sunday BBQ at the county fair as long as we can remember. He was fortunate to have experienced three long marriages to three wonderful women, learning from each one to become an even more loving and caring person. In his later years, Chip’s greatest loves were his wife Claudia, playing with the Putah Creek Crawdads, and his progeny.

Though his life can be honored by his many achievements, such as being a founding member of the Unitarian Universalist Church of Davis; being elected to serve on the Woodland School Board; serving as City Attorney for Woodland, Winters and Yolo; president of the Woodland Chamber of Commerce; and president of the Woodland Rotary Club, to name a few, it is how he lived his values, his interest in justice for all, that truly marked his life.

Claudia Maureen Maupin, 76, oracle, mother, gracious friend, was taken from us on Sunday, April 14, 2013. Known for her boisterous laughter, her loving spirit and her ability to make every person she encountered feel valued, she was an angel who walked on earth with us for too brief of a time.

Claudia was an amazing hugger. So good in fact that her family would have to prep any newcomers by giving them a “Claudia” hug in preparation. She would embrace you, ensuring that she was touching her heart to yours and then hold you . . . and hold you and hold you some more. She hugged like a true mother and because of that she became a surrogate mother to many.

Claudia loved to laugh, no, not laugh, giggle. If you ever had the pleasure of being with her while she was surrounded by her family, you would have had the pleasure of hearing her giggle echoed in all their laughter. It was in her laughter that you could hear her joy of life resonating in her soul. Her daughters, her sister, her granddaughters, all have that beautiful giggle and will remind us all of her when they laugh. May we remember to laugh often.

Claudia enjoyed life. She lived to the fullest bringing every cliché mantra to life by hugging longer, living slower, and loving harder.