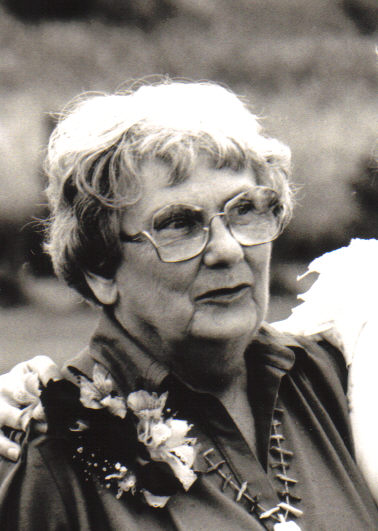 Catherine was my mother, and my touchstone to life as I knew it.

She was murdered in her home in 1993 by a 14 year old girl who was a runaway from a juvenile detention home, and from that moment on ‘life’ as I knew it ceased to exist.

Ruth Ann Veal was 6 feet tall and 200 lbs. just 3 weeks shy of her 15th birthday, and had previously been adjudicated 11 times, 5 of those for assault.  Veal culminated her criminal career by entering my mother’s house and beating her which split Catherine’s lip, broke 4 ribs and bruised her skull.  Veal then took my mother’s favorite kitchen knife and stabbed her 23 times, only stopping because the 6 inch blade actually broke off from the force used.

From that moment on, my family and I were thrown into the abyss of darkness and despair.  I felt like I resided in the Twilight Zone, in a parallel universe where everything looked the same but nothing was the same.  Even going on 17 years later I can still vividly feel what those first few years felt like.  The effects of my mother’s murder will never be over–not for me, and certainly not for my children who were 14, 11 and 4 at the time of the murder.

Ruth Ann Veal was convicted of first degree murder and sentenced to life without parole, but she continues to file briefs fighting for her release.  She is being represented by the Restorative Justice group out of Alabama and her case for post-conviction relief is currently being decided by the Iowa State Supreme Court. I fear the battle to keep her in prison will outlast my lifetime and become my children’s cross to bear as well.   I miss my mother every day of my life.

20 years ago. It’s unbelievable to me it has been 20 years since my mother’s death.  For the first 10 years, on the anniversary of her death, I wrote a verse in a continuing poem.  After 10 years, 10 verses, I stopped.  The poem was done, and it felt like it was time to lay it to rest—but of course that hasn’t happened because here we are again 20 years later.  Everything in my life can be divided into before and after my mother’s murder. Now we are going through this all over and I don’t know how to do it—I don’t know how to stand in the courtroom with the woman who murdered my mother and try to pretend it doesn’t matter, try to pretend the possibility of Ruthann Veal walking the streets again doesn’t terrify me.

The judge at the original sentencing hearing didn’t allow us to read our impact statements. He said the sentence was mandatory “life without parole” so what we had to say didn’t make any difference.  It turns out he was wrong, and here we are 20 years later facing “life with the possibility of parole”, the possibility that someday Ruthann may get out of prison.  I realize that makes this a very good day for you, Ruthann, but it makes it a very bad day for us.  My children are now sentenced to life fighting that possible parole.

Ruthann, you know everything about how my mother died and only a tiny little bit of how she lived…but you do know a little bit about that because she was kind to you, wasn’t she?  She gave you a glass of orange juice, and she tried to help you get a cab to 301 Esther St., didn’t she?  That orange juice, that one little detail, tells me at least one part of what you said about that night is true because Catherine was one of the few people I knew who always had orange juice in her refrigerator.  She was kind to you and she tried to be helpful, and you repaid her kindness by beating her and stabbing her to death with what happened to be her favorite kitchen knife.

I’ve been waking up night after night, rivers of words flowing through my head, trying to figure out how to be eloquent enough to make you understand the impact your thoughtless and unspeakable cruelty has had on my life and the lives of those I love the most. I finally realized I don’t have to do that at all, because it’s fairly clear to me the only person you care about in this scenario is you.  As much as I want to strongly and graphically tell you why I believe you should stay in prison for the rest of your life, I will save the majority of those remarks for the parole hearings.  Those are the people who will listen, who actually care about what I have to say.  Part of me wants to tell you everything about how we survived those first days, months, and years after Catherine’s murder. The terror of feeling like we had been thrown into an abyss we might never be able to climb out of.

The agony we felt as we found out more and more about what had happened.  The pain my children went through, and how their hurt ripped out my shredded heart time and time again.  And yes, how we managed to survive those years—but those are MY stories and I am not willing to share those with you.  I am not willing to give you one more moment of my time and energy than I have to, so I will share those stories with the parole board where it will truly have an impact. The only thing you need to know about me, and the only thing you’re going to care about, is the fact I will do everything in my power to make sure you spend the rest of your life in prison for the murder of my mother, Catherine.

I feel sorry for you Ruthann, I really do.  I know you didn’t grow up with a loving and supportive family like I did.  I know you were abused, and that losing your mother would not begin to do to you what it did to me.  But none of that gave you the right to murder my mother.  20 years ago, when my 4 year old son was trying to puzzle out why you had killed his Grandma Catie, he said, “Just because you’re mad at someone doesn’t mean you can just kill them!”  If a 4 year old knew that, surely you at 14 knew that as well.  You were fully capable of discerning right from wrong, and you were held accountable for your actions.  That was true 20 years ago, it’s true today, and it will be true 20 years from now.

When I walk out of this courtroom I will continue to cherish the people I love, the people who have helped me get through the last 20 years.  I will go forward and I will live a full and vibrant life because that’s exactly what Catherine would want me to do.  I will do my best not to think of you again until I absolutely have to.  But know this—every time you are up for a parole review, you should think of me, because every time you get an opportunity to go in front of the parole board, I will be there.  In 2 years, in 5 years, in 10 years, in 20 years, until the day I die.  And after that my children will be there to continue the fight.  Every time we are there, we will argue that you are right where you need to be so that no one else ever—EVER—has to endure what you put Catherine through, and what that did to everyone who loved her.  It is my fervent wish that you spend the rest of your life in jail trying to atone for what you did 20 years ago on that summer night in June when you walked through our backyard and changed our lives forever.

Catherine began her career at UNI in January 1975 and worked as a Library Assistant II until her retirement in May 1992.  She attended Cornell College and was a graduate of UNI. She played the flute in the Waterloo-Cedar Falls Symphony and the Cedar Falls Municipal Band.  She was also an instrumental organizer for the College Hill Arts Festival. Catherine was born September 26, 1926, in Mason City, daughter of Ray E. and Nellie Markham Pauley.  She married William “Took” H. Haynes on October 18, 1947, in Mason City.  He died March 8, 1987. Survivors include two sons, David Markham Haynes of St. Louis Park, Minnesota, and Jonathan “Max” Lewis Haynes of Minneapolis, Minnesota; a daughter, Laura Haynes Shimek of Kansas City, Missouri; a brother, John Pauley of Mason City; and five grandchildren.  She was preceded in death by a brother, Robert D. Pauley, and a sister, Ruth Pauley Redeker. Memorial services were held Monday at First Congregational Church, with inurnment in Memorial Park Cemetery. A memorial fund will be established.