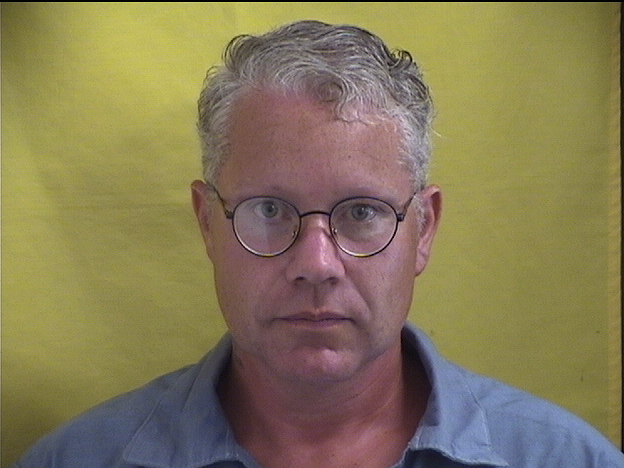 Shafer is incarcerated at the Marion Correctional Institution

Shafer was an extremely disturbed young man who had an interest in Satanism, sacrificed animals, and desired to become a serial killer. He became acquainted with Sara’s father and agreed to babysit Sara and her three-year-old brother Seth. That fateful night, he killed little Sara after his plans to murder people at a friend’s house didn’t work. Shafer molested Sara, stabbed her, and shot her three times in the head. He also cut open her torso, removed her insides, and cut satanic symbols into parts of her body. Shafer also planned to murder Sara’s father and brother as well, but was prevented from carrying out those additional murders when Sara’s father entered through the wrong door. From in prison, he has continued to threaten to kill Sara’s family, who fear his potential release.

Weapon: Victims were injured and killed with .32 and .38 caliber bullets

Sentence: Life without parole (LWOP) later reduced to 25 years to life by SB 256

Incarceration status: Incarcerated at the Trumbull Correctional Institution and eligible for parole in November 2036 due to SB 256

Rafferty and his co-defendant Scott Davis murdered three men and attempted to murder another between August and November of 2011. The serial killers lured the men to their deaths with fake job offers. They targeted men who were desperate for work and down on their luck and who had few family ties that might highlight their disappearance.

Rafferty was sentenced to life in prison without parole. However, SB 256, which went into effect on April 12, 2021, mandates that all juvenile criminals be eligible for parole unless they are the principal offender in at least three murders.

August: Ralph Geiger disappears after leaving for a job on a farm in southern Ohio.

October 9: David Pauley responds to an ad for a job as a farm caretaker. Scott Davis, a self-employed landscaper in South Carolina who wants to move back to Ohio, also responds to a Craigslist ad for a job on a cattle farm.

October 10: Timothy Kern responds to a Craigslist ad for a farm caretaker.

October 22: David speaks with his sister on the phone for the last time.

November 6: Scott meets Rafferty and Beasley. The serial killers lure Scott to a wooded area and attempt to murder him. Scott survives with a gunshot wound to the elbow.

November 13: The killers shoot Timothy in the head and murder him.

November 15: Investigators find David’s mostly naked body in a grave. It is later determined that he was killed by a single gunshot to the head.

Partners in crime: Several other juveniles

Murder method: Gunshot to the back of the head

Christopher Ferrell was the leader of a burglary ring. The group committed a series of armed home invasions, with one of those invasions resulting in a murder. The murder victim was Douglas Lash, 19. As the gang was burglarizing Douglas’s home, he returned and interrupted the crime. Douglas tried to defend his home with a machete. Ferrell, who was one week away from his 18th birthday, forced Douglas into the living room at gun-point, commanded him to kneel and shot him in the head.

Murder method: Gunshots to the head

Sentence: Life without parole (LWOP) plus 48 years (sentence may change due to Senate Bill 256)

Simmonds, 17, went on a massive violent crime spree involving robbery, carjacking, and murder in the summer of 2013. During the spree, he shot and killed Quinten Prater during a robbery. A couple of days later, he shot and killed store clerk Imran Ashgar during another robbery. In Imran’s case, Simmonds shot the victim in the eye, left, and then returned to shoot the wounded man in the head. He also shot and injured James Norvet and William Rudd. The spree killer was sentenced to LWOP plus 48 years. But because Governor DeWine signed SB 256 into law, his sentence may be reduced to 30 years to life.

Sentence: Life without parole (LWOP) plus 19 years (sentence may change due to Senate Bill 256)

Whipple, Clark, and Long got into an argument with Keith Cobb and Scott Neblett at Garage Bar & Grill in Sharonville, OH. They followed the victims and, as they were driving on I-75, emptied their guns into Cobb and Neblett’s car, causing it to veer off the highway and roll over. The victims died of gunshot wounds.

Crimes: Robbery and murder of a police officer

Murder method: Three gunshots including a close-range shot to the head

Incarceration status: Incarcerated at the Southern Ohio Correctional Facility and eligible for parole in 2021

Sentence:  Life without parole (LWOP) (sentence may change due to Senate Bill 256)

On April 6, 2018, Ramsay, 17, broke into Margaret’s Wadsworth, Ohio, home. He found the 98-year-old sleeping on the couch and took a video of her. Ramsay, who had been fantasizing about raping and murdering people for months, and who wanted to kill someone to see how it would feel, strangled Margaret to death. Ramsay, who has been diagnosed with sexual sadism disorder, then undressed her dead body and abused her for two hours, taking photographs and videos along the way. Several of the photographs and videos Ramsay took were of a sexual nature. Ramsay then stuffed her body in a closet and left her there. He placed the gruesome photos of the crime in a secret file on his phone so that he could watch them.

Ramsay was sentenced to life without parole. He appealed and his sentence was upheld. However, Ramsay’s LWOP may be reduced by Senate Bill 256. Ramsay is a highly disturbed young man whose notebook contained writings about raping people, fantasies about strangling and killing people, and serial killer biographies. He is a diagnosed sexual sadist.

Sentence: Life without parole (LWOP) (sentence may change due to Senate Bill 256)

LaRosa invaded 94-year-old Marie’s home, attempted to rape her, and beat her to death with a heavy metal flashlight. The beating Marie endured was so severe that her eyes ruptured and the bones in her face and the top of her skull were crushed. LaRosa was a highly disturbed teen, and showed no remorse for the evil crime, even bragging to other inmates about it. He was sentenced to LWOP and his sentence was upheld. However, the Ohio Legislature chose to retroactively change LaRosa’s sentence. The killer could be eligible for parole after 25 years.

Ages at time of killing: 16

Victoria was killed after Buckley and Churcheus pushed a 74 pound six foot long log off a cliff. Victoria, owner of Victoria Schafer Photography, was sitting on the stairs at Old Man’s Cave when the log struck her on the head, broke her spine, crushed her chest, and almost immediately took her life. The mother of four was at the park to take high school portraits. A 19-year-old woman who was with Buckley and Churcheus at the time told investigators that Churchheus had pushed the log and that he and Buckley appeared not to care after learning that the log had killed a woman. Churcheus and Buckley were initially charged with murder, involuntary manslaughter, and reckless homicide as adults. They later pleaded guilty to involuntary manslaughter and were sentenced to three years in juvenile detention. In October 2020, the woman who was with the offenders at the time of the killing was charged with obstruction of justice.

She Was Killed by a Falling Log. Now, a Guilty Plea

Ohio teens get 3 years for rolling log off cliff ‘to be funny,’ killing photographer taking portraits below

Incarceration status: Incarcerated at the Madison Correctional Institution & has a parole hearing on September 2031

Stewart attacked Jane as she jogged on a trail and stabbed her to death. Jane, the CEO of PeopleGen of Westerville, was stabbed over two dozen times.

Incarceration status: Incarcerated at the Ross Correctional Institution and had a parole hearing scheduled for March 2144

Wade participated in a quadruple murder along with one attempted murder during a home invasion robbery. Wade’s 28-year-old partner Robert Adams shot four victims to death and shot and wounded another victim. The survivor, a 16-year-old girl, was able to testify at trial. Wade was convicted and sentenced to life in prison with parole eligibility in 172 1/2 years. Though Wade was not the principal offender or the “trigger man” he had an active role in the massacre–Adams asked Wade, “should I off them all?” and Wade answered, “yes.” The butchering then began.

Murder method: Shot to the head

Sentence:  56 years to life (sentence may change due to Senate Bill 256)

Incarceration status: Incarcerated at the Pickaway Correctional Institution & has a parole hearing in March 2061

Wade and Dean went on a terrifying crime spree in the spring of 2005, which involved the robbery and murder of Urbana University senior and youth counselor Titus Arnold, along with several other acts of violence. Wade is in prison for life while Dean was sentenced to death and died due to natural causes in 2019. Due to SB 256, Wade may be eligible for parole after 25 years.

Timeline of the Crime Spree

April 10. Dean attempted to rob two people in a mini-mart parking lot. He shot one victim.

April 12. Dean and Wade fired shots at a home. A one-year-old girl and a pregnant woman were just centimeters away from being shot.

April 13. Titus left his job at a home for troubled youth just before midnight. Witnesses saw two men get out of a car, and chase Titus. They saw a man, who they recognized as Wade, shoot at Titus. He was robbed of $6.

Killing method: Shot to the head

The offenders hunted down Ronnie and his friends as they left Alter-fest. As Ronnie was driving away from the attackers, Gregory shot at his car. The bullet went through the windshield and hit Ronnie in the head. He died of his injuries several days later.

Sentence: 34 years to life (sentence may change due to Senate Bill 256)
Incarceration status: Incarcerated at the Mansfield Correctional Institution

Patrick and Whitfield murdered Michael during an orchestrated robbery.

Watson, Kuzawa, and Castle invaded Elizabeth and T.J.’s home with the intent to rob them. Watson shot both victims, killing T.J. and injuring Elizabeth. Though Morris was not present during the murder, he was responsible for planning it.

Sentence: Life in prison–would have been eligible for parole in 2049

In what sounds like the plot of a horror movie, Raymond, 12, was attacked as he rode his bike to a friend’s house before a Boy Scout meeting. The attackers, Danny Lee Hill, 18, and Timothy Combs, 17, proceeded to beat, rape, and sexually torture the boy. They also strangled him with his underwear, set him on fire, and left him for dead. Amazingly, young Raymond survived. He was found naked and barely alive by his father and brother-in-law. The boy died two days later in the hospital.

Lane committed an infamous mass shooting at Chardon High School. He shot six students, killing three. He plead guilty and was sentenced to LWOP. Lane has shown no remorse, wearing a shirt reading “KILLER” to his sentencing hearing. The victims were all teenage high school students.