See news report including video of Father of the victim saying to the killer, “They ought to just hang you and forget about you”.http://www.sun-sentinel.com/news/broward/fort-lauderdale/fl-babbs-murder-sentencing-20120412,0,6984589.story
By Rafael A.Olmeda, Sun Sentinel April 12, 2012 FORT LAUDERDALE—

A convicted killer was sentenced in a Broward courtroom Thursday to life in
prison without parole, but whether he actually spends the rest of his life
behind bars may be up to the U.S. Supreme Court.

Edward Jermaine Babbs, 20, convicted in January of first-degree murder in the shooting death Stephanie Rabsatt, 17, in the parking lot of a Miramar Winn-Dixie, said nothing to Broward Circuit Judge Bernard Bober before his mandatory life sentence was handed down.

The victim was eight months pregnant with Babbs’ son when she was shot in the head and abdomen. Babbs was convicted of the baby’s murder as well.

The sentence of life without parole is currently before the U.S. Supreme Court, which is considering whether it violates the constitutional ban on cruel and unusual punishment in cases where the defendant is younger than 18 at the time the crime is committed.

Babbs was 17 years, 9 months and 28 days old on the night Rabsatt was
killed.

Assistant State Attorney Deborah Zimet argued that Babbs, the father of the
baby, wanted Rabsatt to have an abortion because he was not ready for
fatherhood. She told Bober that she hopes the Supreme Court upholds life
sentences for juveniles and that killers like Babbs deserve it.

Defense lawyer James Lewis, who was hired after the trial, didn’t wait for
the Supreme Court. In motions filed shortly after Babbs’ conviction, Lewis asked Bober to toss the verdict and acquit Babbs or order a new trial.

“There was no eyewitness testimony, no physical evidence linking the
defendant to the scene of the crime, and contradictory circumstantial evidence, some of which indicated the defendant was not present at the scene of the crime,” he wrote. He also said a figure named “Jamil,” with whom Babbs had gotten into a fight hours before the murder, should have been considered a witness and a possible suspect.

Babbs, wearing a black-and-white striped jail uniform, sat stone-faced as
Rabsatt’s mother, father and stepmother took the stand to condemn him and praise the victim.

“They were our light, and their loss is beyond words,” said Karen Moore, the
victim’s mother, speaking of Rabsatt and the grandson she never got to see
alive. “Give Edward Jermaine Babbs the same leniency that he gave to Stephanie and to Jayden.”

But the harshest words came from Rabsatt’s father, who spike with an icy
calm. “Personally, I think the court ought out to just take you out and hang
you,” said Ricky Rabsatt, not raising his voice even slightly. “You, your day
will come. You’re no good. They ought to just hang you and forget about
you.”

With a life sentence mandated by law, no one from Babbs’ family took the
stand to plead for leniency. After Zimet defended the harsh sentence as
appropriate in this case, Babbs’ lawyer offered no rebuttal.

There are currently 22 Florida State Prison inmates serving life sentences
for murders committed when they were younger than 18. Some were sentenced before parole was abolished in Florida in the 1980s. The rest will have to be re-sentenced if the Supreme Court abolishes life sentences for juveniles.

The Supreme Court has ruled twice on related issues, abolishing the death
penalty for juveniles in 2005 and forbidding life sentences for juveniles
convicted of crimes other than homicide in 2010.

Advocates for juvenile offenders argue that the immature brains of minors
make them more reckless and unable to fully grasp the long-term consequences of their actions. But others say a blanket ban on life sentences would re-victimize the families of those who lost loved ones to teenage killers.

A decision from the Supreme Court could come as early as this spring.

After Babbs received his sentence Thursday, his lawyer said he is maintaining
his innocence and that he intends to appeal the verdict. He will likely be
appointed a public defender for his appeal effort.

From Is Life Without Parole For Juveniles Cruel And Unusual?

Murder of Stephanie Rabsatt and her son Jayden 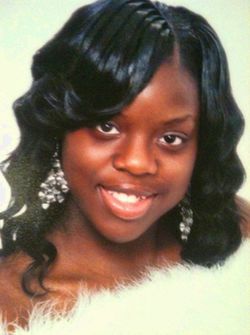 Edward Babbs, 17, decided to murder Stephanie, also age 17, because she was pregnant with his child and refused to get an abortion. On October 2, 2009, Babbs met with Stephanie, who was eight months pregnant. Later, as the two were in her car in a Winn-Dixie parking lot in Miramar, Florida, Babbs shot Stephanie in the back of the head and in her pregnant belly, killing both Stephanie and her unborn baby, whom she had decided to name Jayden. The fact that Babbs shot her abdomen showed that he targeted the child.

FORT LAUDERDALE, Fla. – A man learned his sentence Thursday after being convicted of two counts of first-degree murder in the death of a pregnant 17-year-old girl.

Edward Babbs was sentenced to two concurrent life sentences without parole in the October 2009 deaths of Stephanie Rabsatt, 17, and her unborn child. Rabsatt was a computer whiz and student at McFatter Technical Center.

Rabsatt was eight months pregnant when investigators said Babbs shot her in the head and then in the belly. The gunshot severed the umbilical cord, killing mother and child. Rabsatt’s body was found in an abandoned car at a Miramar Winn-Dixie.

In a heavy, soft tone, Rabsatt’s father, Rickey, said his heart was “too far gone to even reply to any of this …The world lost a genius when Stephanie and Jayden left us.”

One month before their son’s due date, Edward Jermaine Babbs fatally pumped a bullet into Stephanie Rabsatt’s head and abdomen and left her body in a Winn-Dixie parking lot, a Broward County jury decided Tuesday.

Seventeen at the time of the Oct. 1, 2009, murder, Babbs was unready for fatherhood and had failed to convince, Rabsatt, also 17, to get an abortion, prosecutors argued.

After a three-week trial and nearly four hours of closing arguments Monday, it took a Broward County jury of nine women and three men about 90 minutes Tuesday to find Babbs guilty of two counts of first-degree murder.

On March 1, Broward Circuit Judge Bernard Bober will sentence Babbs, now 20, to a mandatory sentence of life imprisonment without the possibility of parole.

Rabsatt was nearly eight months pregnant and planned to name her baby boy Jayden, according to testimony.

“She was a brilliant child,” Rabsatt’s mother, Karen Moore, said after Monday’s verdict, her eyes pooling with tears. “She was loving and kind, and she loved her baby. She made all the right decisions and Edward Jermaine Babbs turned out to be a murderer.”

Rabsatt, a computer whiz and student at McFatter Technical Center, was found dead in a red Ford Taurus in the parking lot of a Winn-Dixie in Miramar.

She had borrowed the car and gone out for a late-night rendezvous with Babbs, prosecutor Deborah Zimet said at trial.

The evidence, Zimet said, indicated that Rabsatt was comfortable with her killer and was preparing to have sex with him in the car. She was shot in the back of the head and in the abdomen, proving the killer targeted the unborn child, Zimet said.

Babbs, of West Park, attended Nova High School in Davie. His mother, Shanene, testified at trial. She told jurors her son wasn’t ready to become a father after he impregnated Rabsatt, with whom he had a casual sexual relationship.

Shanene Babbs remained in the hallway for the verdict. She declined to comment afterward.

Her son heard the verdict in stoic silence.

Babbs’ defense attorney, Jerome Stone, argued that no physical evidence tied his client to the crime scene. His fingerprints were not found on the murder weapon and witnesses put him miles away from the murder scene at the time of the slaying, he said.

A friend of Babbs’, Ishamel Sierra, testified that Babbs’ tried to talk him into saying they were hanging out together during the time period when the shooting took place.

Another friend, Denzel Chandler, testified that Babbs left a gun with him on the night of the slaying. When he found out Babbs’ was a murder suspect, Chandler tossed it into a lake. He later led police to the weapon.

After Tuesday’s verdict, Babbs’ family watched in silence from a courthouse hallway bench as Rabsatt’s family sobbed, hugged and rejoiced at “justice served.”

In a heavy, soft tone, Rabsatt’s father, Rickey, said his heart was “too far gone to even reply to any of this …The world lost a genius when Stephanie and Jayden left us.”